On April 18, Mosaic Film Experience partnered with Creative Many to advocate for Michigan arts programs. Creative Many is a statewide organization that develops creative people, creative places and the creative economy for a competitive Michigan through research, advocacy, professional practice and communications. For the first time in nearly 10 years, individuals and organizations in Michigan assembled at the capitol building to speak directly with lawmakers about the importance of support for arts, culture, arts education, and creative industries.

“The day was filled with discussions, an intimate rally on the capitol steps, and meetings with government policymakers,” said Liz Merriman who attended along with Derk Baartman on behalf of Mosaic Film Experience.

The atmosphere outside the capitol was positive with so many people calling for change. Inside the capitol, according to Merriman, it was business as usual. 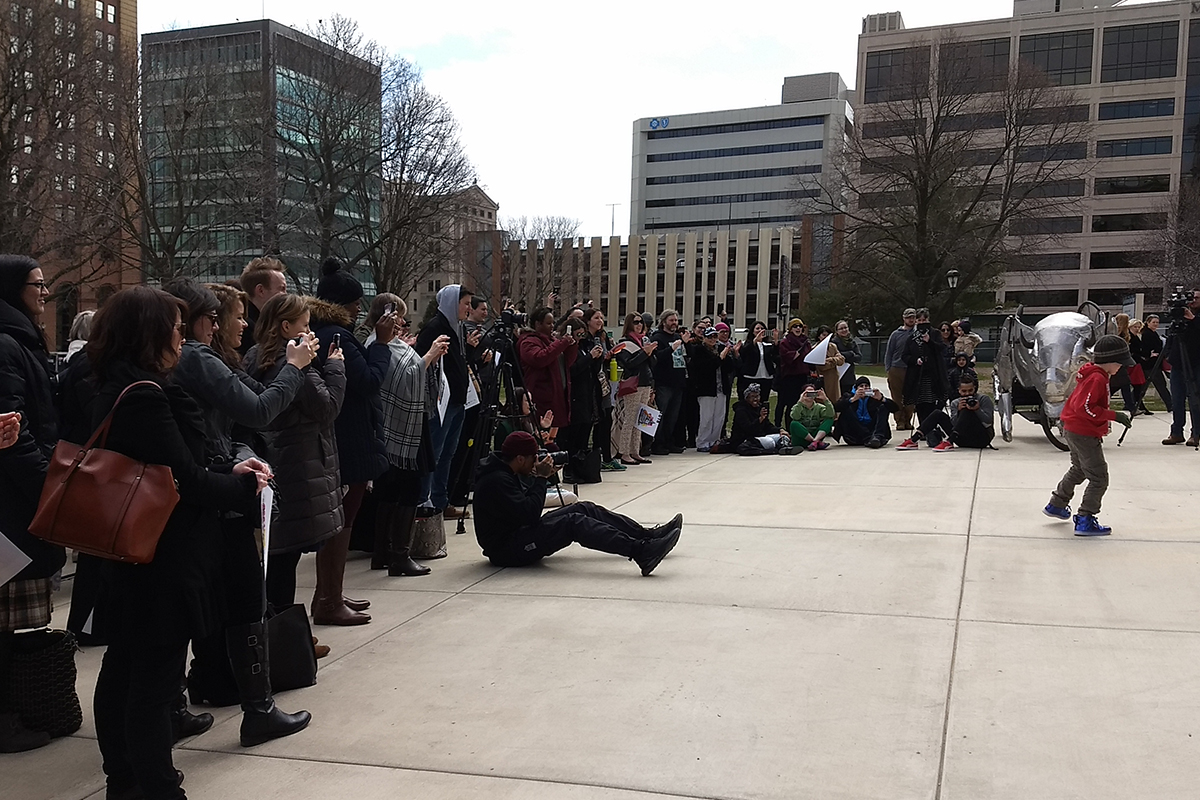 Merriman and others had a chance to speak with representatives and senators about the benefits of arts programming and why they should get behind it.

For lawmakers to catch this vision and make changes accordingly would be huge for Michigan’s students and future.

“Creativity is among the top five applied skills sought by business leaders, per the Conference Board’s Ready to Innovate report,” Merriman said. “With 72 percent saying creativity is of high importance when hiring. Research on creativity shows that Nobel laureates in the sciences are 17 times more likely to be actively engaged in the arts than other scientists.” 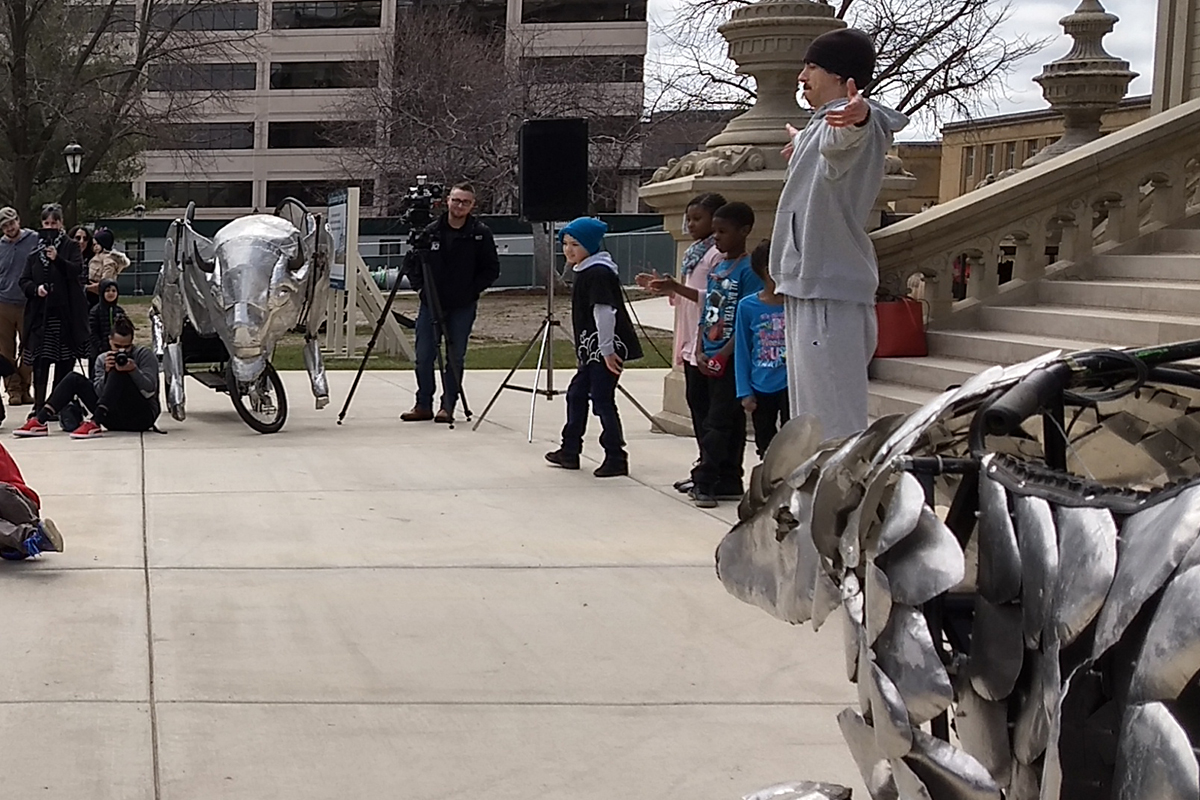 As the statistics show, an investment in the arts comes with great benefits for students and communities. That is why we’re advocating for change in Michigan. We hope the messages our politicians heard at the capitol on Arts Advocacy Day will ring loudly in their ears when it’s time to make decisions.

Learn more about the positive impacts of arts programs: http://www.creativemany.org/wp-content/uploads/2018/04/Fast-Facts_V4.pdf