Soon after arriving at the Boys and Girls Clubs programs at the Steil and Siedman Centers, Patterson and Strobl noticed the facilities had green painted walls. They immediately knew the students would have a blast learning about green screen technology.

The Siedman Center project focused on hopes for the future.

“We challenged students to write out what they wanted in the future for themselves, their families, and their communities,” said Patterson. “Students shared their future hopes and dreams in front of the green screen and paired what they shared with the images behind them. We created a compilation video for the project.”

The students wanted to take their green screen fun a bit further by creating their own separate zombie apocalypse scene. Patterson shared that the zombie scene was an “interesting” but very inspiring piece!

Through this project, one student in particular fell in love with Stop Motion Studio, a free iPhone app, and used it to create a number of animations at home.

“She has even taught her brother how to create an animation with action figures,” shared Strobl. 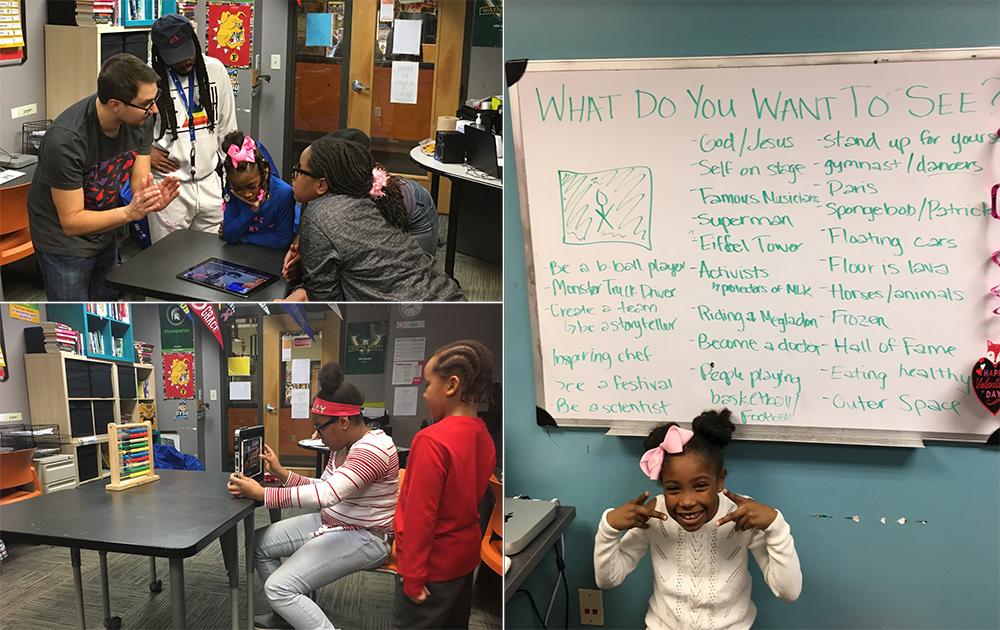 Two projects were developed during Mosaic’s time at the Steil Center. The first project was created by a group of boys who immigrated from Africa.

“They shared that the first time they had ever seen a highway it took them aback,” Patterson said. “They had landed in Chicago and they experienced culture shock.”

Based on that experience, the group chose an action genre. The boys developed a storyline about the main character having a special medicine his brother needed, but people were after him for the drug. The film included a chase scene on a highway and a fight scene in front of the green screen.

“One student who held the idea became the director. He really took it seriously and kept the other students on task,” said Strobl. “At the end, as they were editing, he was very interested in when the film would be shown. He asked if he could bring his mom because he wanted her to see his work up on the screen and be proud. He also wanted to dress up for the red-carpet premiere event.”

The second Steil Center project was created by one student. She told the story of a girl who didn’t have friends in school and how important it was to have a support network. She utilized the green screen to curate her own settings. For example, because she was confined to filming inside the school, she used images of the outdoors behind her to signify her leaving school.

Once again, Mosaic leveraged the power of storytelling to teach students they have the power to create using mobile phones and free digital resources.

“This experience opens their eyes to a whole new world of career options,” said Patterson.

It’s an honor to partner with local organizations like the Boys and Girls Clubs to help equip students with the critical thinking, collaborative, and creative skills they need for career readiness.