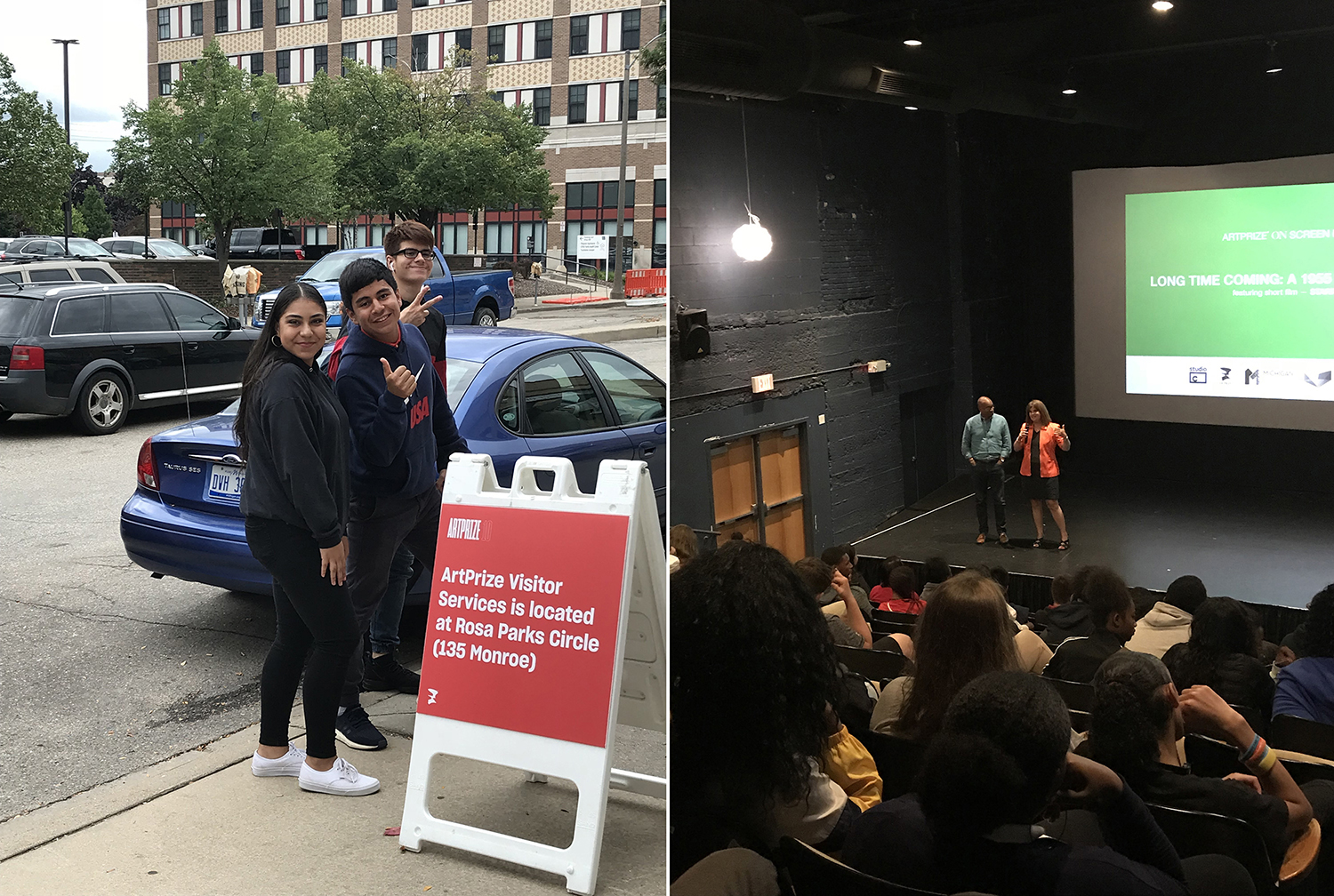 150 Grand Rapids Public School students gathered at the ArtPrize Hub on September 21 to view a special ArtPrize On Screen showing of “Long Time Coming: A 1995 Baseball Story.” The Mosaic Film Experience and Celebration Cinema arranged for this special screening to take place on a Friday morning, specifically for the students, because of the film’s messages of “diversity, sportsmanship, and belonging.”

Mosaic’s Skot Welch and Celebration Cinema’s Emily Loeks welcomed the students and opened the showing with a brief discussion on the importance of storytelling.

“Who gets to tell a story? Who gives those stories importance?” they asked. Skot and Emily shared how crucial it is that everyone has a voice and can share their stories regardless of who he or she is—a great lead-in to Mosaic Mobile, a short film competition for West Michigan high school and college students where entries are shot, edited, and entered via mobile devices.

With a deeper understanding of why they were there, the students sat back and enjoyed the independent film. Written and produced by Ted Haddock, “Long Time Coming: A 1995 Baseball Story” is based on a true story of two Floridian little league teams, the all-Black Pensacola Jaycees and the all-White Orlando Kiwanis, and their fight against segregation. The story is told through the team captains’ memories, 60 years later as they reminisce at a diner. The film first premiered at the 2018 Florida Film Festival.

ArtPrize On Screen is a series of narratives, documentaries, and shorts shown throughout ArtPrize. The program presents critically acclaimed work from local and national talent including Michigan-made shorts before each film.

The special screening was one of many community events The Mosaic Film Experience holds throughout the year. Between afterschool curriculum to industry guest speakers and film screenings, and more, The Mosaic Film Experience is always working toward creating the next generation of storytellers and looking for unique ways to partner with other community organizations.