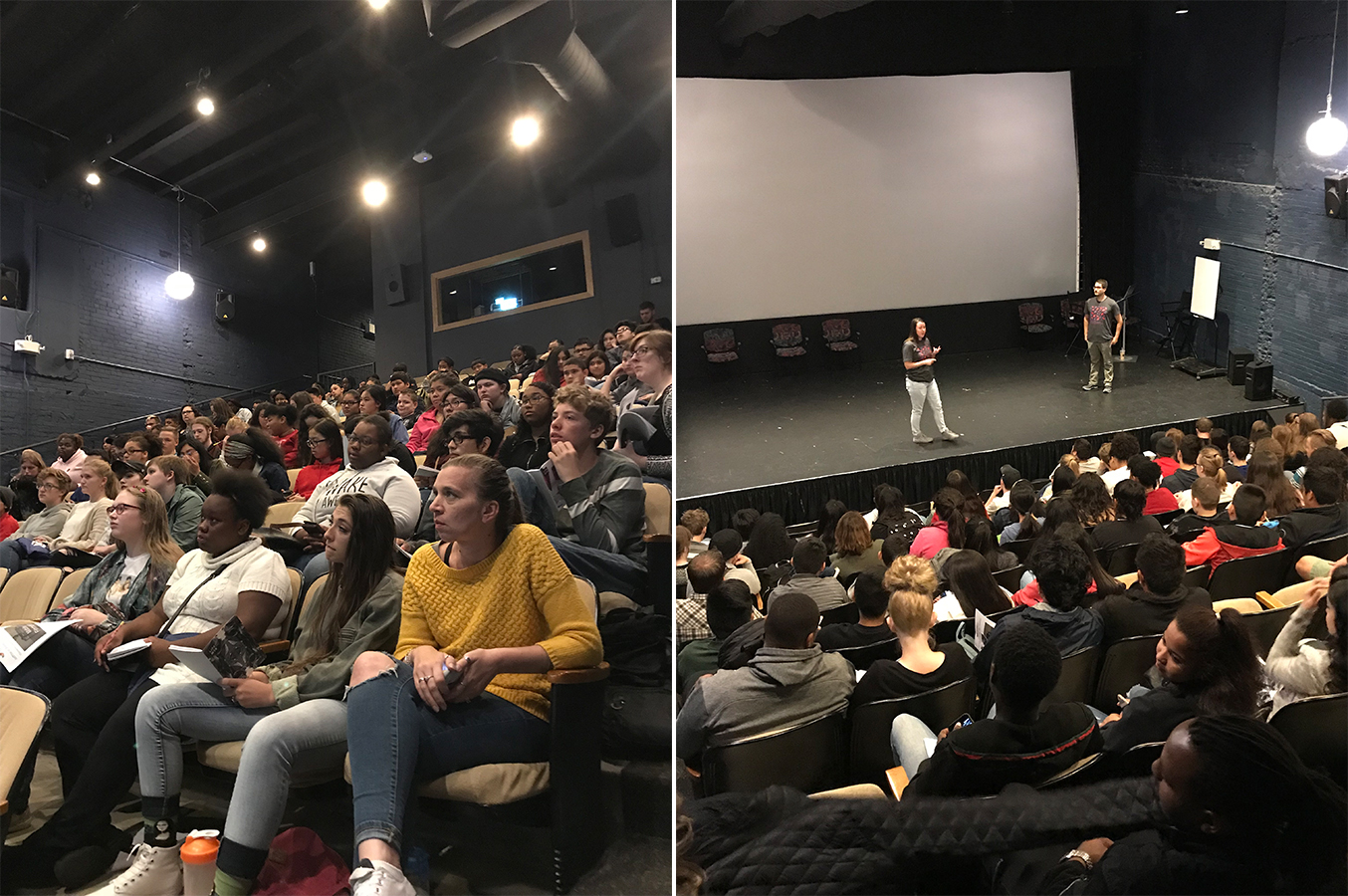 All Mosaic Mobile films must be two to three minutes in length and must meet three requirements.  Entrants must “tell a story” as a theme for their film, include some form of art as a prop, and the words “it’s different now,” must be spoken or used in the film.

To help the students visualize what Mosaic Mobile is all about, last year’s Mosaic Mobile winner, “A Short Film: Tomorrow” by Mariah Barrera, was shown.

The film resonated with the students, some of whom recognized Mariah, who is currently a junior at City High. The short film demonstrated that even as teenagers, student’s stories matter and they can convey these stories without the use of professional video equipment. Mallory and Randy also discussed how using a mobile device to shoot a film presents a fresh perspective that can be lost with high-end cameras.

“You have the power to make a film in your pocket,” Mallory told the students. “Think about your experiences from the last 24 hours that can be turned into a story.”

A bit skeptical at first, the students hesitated to believe something important could have happened to them in merely a day. However, once a couple of stories were shared, they realized that what may seem like an insignificant moment, interaction, or feeling actually has incredible meaning and potential.

Mallory and Randy proceeded to walk the students through some the main elements of a story, such as characters, setting, plot, conflict, and resolution, outlining them on a whiteboard. They then used one specific student’s story to provide examples for the main elements.

The students then broke up into groups to discuss what they wanted to include in their films, brainstorming how to incorporate artwork and the phrase “It’s different now” to create a story.

Creativity and excitement flowed through the room as Mallory and Randy brought the groups back together and discussed the technicalities of shooting a film during the last 15 minutes of the workshop. Their main points included lighting, audio, and the use of different shots. They also reminded the students of the plethora of apps one can find on a smartphone, encouraging them to think outside the box.

At the end of the hour, the students brought everything they learned during the jam-packed session with them out the door and took to the streets of ArtPrize throughout downtown Grand Rapids. Although overcast and a little rainy, they were able to enjoy the artwork and the first gusts of autumn as they found some inspiration.

ArtPrize On Screen The Next Generation of Creativity Luncheon 2018