Inspiration, creativity, and passion filled The Wealthy Theater during the 8th annual Mosaic Film Experience on November 6 and 7. More than 500 students from Grand Rapids Public Schools, Kent ISD, and other Michigan schools braved the first snowfall of the season to attend two full days of workshops and presentations from local creative professionals and special guests from Netflix, YouTube, and Spotify.

The Mosaic Film Experiences an interactive experience that provides students with access to industry professionals through creative, career-inspiring breakout sessions, and exclusive presentations. The event also serves as the culmination of the annual Mosaic Mobile contest, an annual mobile film competition for high school and college students in which films are shot, edited, and entered on mobile devices.

Students from Kent ISD and other Michigan schools arrived at the Wealthy Theatre Wednesday morning. Our founder, Skot Welch, gave a warm welcome with WOTV 4 Women host of “Where You Live,” Maranda, to kick off the day. Maranda recorded a live TV segment from the theatre and encouraged the students to think and dream big when it comes to their creative goals.

“You’re all future content creators, future voices, and future influencers,” Maranda, WOTV 4 host, said. “Today, you are your own best platform to achieve these goals, so think big!” 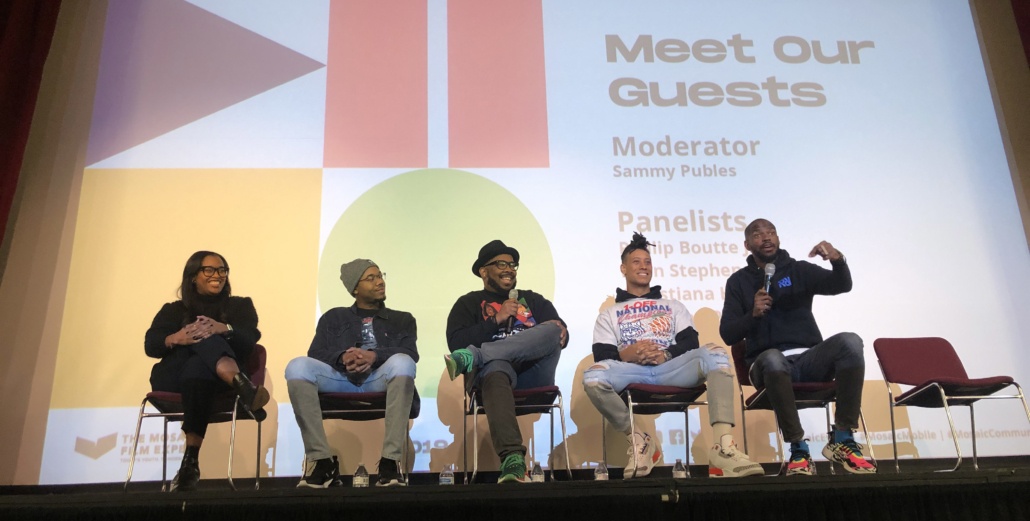 “Every year, we get such great support from the West Michigan community, including amazing local professionals, as well as leading industry professionals from both coasts, all to celebrate and inspire the creative genius of our students,” Skot said.

During both days of the event, students participated in workshops focusing on various creative career-preparedness skills. Workshop topics and facilitators included game design with Ferris State University professor of digital animation and game design, Jacob Pollak; scriptwriting with WMCAT film and video instructor, Mike Saunders; an introduction to podcasting with The Empowerment Network’s Myric Harris; and an introduction to coding with Midwest tech Project and Loop Coding Center. 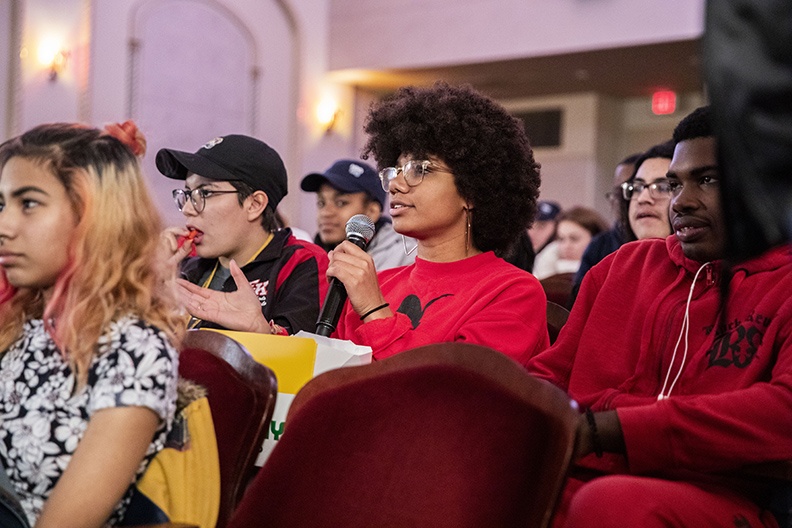 After adding new ideas and abilities to their creative toolbelts, the students returned to the main auditorium for an exciting Q&A panel discussion with our national industry professionals. The panel engaged with students’ questions and offered advice based on their personal and career journeys.

“Throughout your journey as a woman in content creating spaces, you often feel like you don’t belong at the table. You have to learn to walk into a room and know you’re supposed to be there,” television producer, Christiana Hooks, said.

Between both days, our panelists helped to inspire the students to pursue their passions, share their stories, and not be afraid of failure. Returning friend of Mosaic and costume concept designer for blockbuster hits including Marvel’s Black Panther, Maleficent 2: Mistress of Evil, Captain Marvel, and The Greatest Showman.

“Know your worth and your value and put your content out there knowing people will judge it. You will gain confidence,” Philip said. 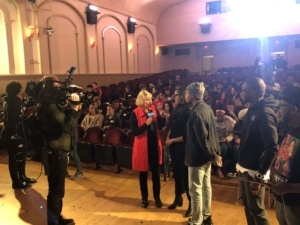 “You can do anything you want to do; it’s out there for you to do it. Nothing is out of reach for you if you go for it. If you have an idea, bring it to life,” Xavier said.

“Family is just as important to me as my career,” Ryan said. “My goal is to build a happy, healthy, and creative life.”

“By putting your work out, you make mistakes and learn. You have to be consistent, or people can easily forget about you,” Christian said.

Following our interactive lineup of workshops and speakers, students gathered to watch the top 10 Mosaic Mobile finalist films in the high school category. On Wednesday, we announced the winner of the Rick Wilson Memorial Award and the winners of the 2019 Mosaic Mobile Film Contest on Thursday.

“We want this to be a catalyst event; it’s not about the next Spike Lee or the next Spielberg, it’s about helping students learn to exercise their creative problem-solving muscle. It’s going to transcend in any career they have, whether it be in entertainment or construction,” Skot said.

Throughout both days of events, students witnessed the potential of finding opportunities and following their dreams. Whether they want to go into creative careers in film or music, or any other career path based on their interests, our students left feeling empowered to use their voices, create content, and confidently pursue their dream jobs.

Recap: An Evening with Oscar Winner and Filmmaker Kevin Willmott Meet the winners of Mosaic Mobile 2019!